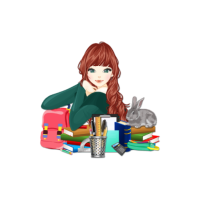 COFFIN HOP is the annual online Horror creator event, geared towards gaining exposure for indie horror and genre authors and artists, while increasing interaction with fans and readers.

COFFIN HOP runs October 24-31 atWWW.COFFINHOP.COM and regularly features more than 200 artists and authors, partying it up, bringing the treats and the tricks to an online audience of thousands.

2013 also sees the release of DEATH BY DRIVE-IN, a collection of stories from some of the best authors out there, as well as art from the legendary Nik Seizure, a special collectors edition of Robot Lincoln & Zombie Jackson, and an introduction by author, B-movie expert and cult filmmaker Scott S. Phillips. All profits to benefit LitWorld and their excellent children’s literacy programs.

There are 80 other authors at the link, all holding contests and giving away prizes, and the link list can be found at www.coffinhop.com

Only the fearless need apply. The 2013 Coffin Hop has begun. A comment will put you in the running for an ebook copy of Wolfen Secrets, the latest release in The Western Werewolf Legend series. In appreciation of the brave, who venture into the paranormal realm, I’d love to share a short excerpt from Wolfen Secrets.  What is it like to be a werewolf in love?

He’d had all he could stand of the elusive wolf god and Hortence, the witch.  As far as Ty was concerned, they could both disappear.  Neither did Sonja any good anyway.  Unable to believe what he’d seen only minutes before, Ty cursed low and long under his breath.  The mighty wolf god understood everything.  Ty huffed out a laugh under his breath.  What, could he see the future?  Could he foretell the coming danger?  Ty kicked at the dirt before scowling.  Guardian did manage to keep them both from dying back there when the Indian vampires attacked.  But Christ, he was always cutting things so close.

“How long have you been standing there?”

“You’re in a foul mood,” Sonja said as she stepped toward him.  Dried blood smeared her forehead and made a dark line down her face.  Her blanket was tattered, yet managed to keep her modesty in place.  Running a hand through her gold curls, Sonja sighed before meeting his eyes.  “Well you won’t have to worry about the Guardian anymore.”

Ty cut her a questioning eye.  “What the hell are you talking about now?”

Ignoring his temper, she continued, “He won’t be driving you crazy with undue chances where our safety is concerned.”  Readjusting her blanket more tightly about her, she missed the curious surprise in his face.

“What, he’s planning on leaving?”  Ty shook his head in approval.  “Well good riddance, I say.”

She glanced up and her eyes held unshed tears.  The lush mouth, Ty could bring up from his mental archives at a whim, quivered slightly.  “Aw, come on, Sonja, you’re not making any sense.  Here, don’t cry!  I’m sorry.  I didn’t mean I wanted him to leave.”  Reaching out, he gathered her into the warmth of his embrace.  “Tell me why you’re crying.  What’s the matter?”

She sniffed and batted away tears before leaning in to rest on his shoulder.  “I guess nothing’s the matter, the way it’s supposed to be really sucks though.”  She sniffed and hiccupped before quietly tightening her hold on him.

Unable to fathom her queer reply, Ty shoved her back a couple of inches.  With his fingers, he lifted her chin.  There was something, she wasn’t telling him.  His ire rose at having to play guessing games.  Peering deep into those whiskey-colored eyes, Ty forgot for a moment what his concern was as he wished he could simply languish with her in his arms forever.  She hiccupped again and brought him back.  Furrowing a brow, he gazed patiently at her as she wiped away more tears.  “You’re not making any sense, Nymph.  Here, let me get your clothes.  I’ll help you dress.  Sit down.”  Steering her to a small patch of grass, he smoothed out a place for them both.  He sat straddle legged in front, giving her his full attention.  “What’s this about Guardian leaving and why does the way it is suck?”

Her calm, quiet nature, the veneer for all kinds of anxiety, grew more ragged.  “Talk to me.”

“I lost the girl in the fire those bastards set.”  She blinked and tears ran down her face unheeded.  Automatically, she raised her arms, baring her beautiful breasts for his view while he slid her shift into place.

Again, he gathered all his patience, following her change of direction as best he could.  “I know, Nymph, I’m sorry.  You can’t blame yourself every time the damn vampires attack innocent people.  It’s their ploy to get you out in the open.”  Reaching out, he rubbed her arm.

“I called the Guardian to help right before I went into the shift.  A lot of good it did me.  Still, I think I understand why he won’t help us.  We have to do it on our own.  The elders decree we do it on our own.  That’s what he said.  That’s why he’s leaving us, Ty.”  She dropped her head to focus on the buttons of her shirtwaist.

Her fast-paced explanation left his head spinning.  “What kind of nonsense is this?”  Ty gave her a slow warning shake of his head, as if the mere motion would stall another change of topic.  “He can’t leave now.  We still need his sorry ass!”  The truth of his statement hit him after the words left his mouth.  Ty swallowed hard as he helped her to her feet.  Yes, the beast irritated the holy hell out of him.  They still needed him desperately!