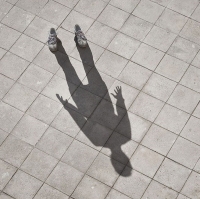 Join romance readers around the country for some of the best games and prizes available from romance authors during the month of March.  Each day in the month a different author will offer prizes such as ebooks and more.  All you have to do is play the games to win!

Mark your calendar for March the 17th.  Up for grabs on my page will be the first book in The Loflin Legacy, Comanche Haven.  Enter for your chance to be a winner.  Here’s the link.

While you’re there, check out my other books as well.  I look forward to your comments.  Happy reading!

Friday Fatigues Kick Start – for your muse, a writing picture prompt, or just a visual treat.  Thanks to my writing pal, Candi Wall for this post.

Love a man in fatigues? This prompt is for you.

Tell me about our soldier. Who is he? Where is he? In enemy territory? What’s with the intense stare?What’s he thinking? Is he a mercenary? Did he just complete a secret operation? Speaking of details, what do you think the rope is for? Why is he dirty? And more importantly, is he going commando?

Come on, you clever little devils, you. Let’s hear your take.

Share your ideas in the comments.  Don’t be shy!  Here’s my muse’s idea of Charlie Walters –

A Free Swingin’ D**k from Alabama

Charlie Walters, a second tour sergeant of the USMC, is taking a PT to get the rocks and dirt out of his boot and expose his tired ass to some air. ‘PT’ is personal time for you civilians. Yes, he’s going commando, not only because the air feels better on his parched hide,  but because he’s always been a free swinger as his ‘bros’ would call the preference.

Sergeant Walters has seen his share of combat while stationed in Afghanistan, however, he’s been lucky so far and dodged the bullets flying at his unit.  The wind blows with a vengeance through the canyons and down the slopes of this desolate country.  He wears it like armor against the unrelenting sun to protect him from the enemy as well as the elements. The rope is for climbing and securing a man when the trail is twenty feet straight up. To Charlie, the climb is just another part of his sixteen hour days on patrol.

He wears the look of a man who’s been through hell and emerged by the skin of his teeth.  Unscathed physically doesn’t include what he’s seen, heard and felt.  Those wounds will live with him from now on.  Given the opportunity, he’d rather not share the pain, nor would he hide from the memories.  Yeah, Charlie’s just a free swingin’ d**k from south Alabama clocking off his time until he can hop that bird that will see him home.

“Roger that and out.”